Although many have heard of the film V for Vendetta, did you know that it was originally a comic? The same thing goes for The Watchman. The creator behind both these popular comics is Alan Moore, who still writes comics in his Northampton home in England. Although both V for Vendetta and The Watchman were successful films, Moore wanted nothing to do with them and purposely wanted his name left out of the credits for both films. You can read more about Moore’s interview with the New York Times. If you’re looking for more information on Alan Moore, be sure to check out Alan Moore: Comics As Performance, Fiction as Scalpel which we have in the library!

Be sure to check out both comics V for Vendetta and The Watchman at the library!

We also have the V for Venetta film in our collection downstairs, which I have already featured in the Film Blog last year.

Be sure to check out more information about our upcoming Graphic Novel Symposium happening in the library Thursday, Sept. 18 and Friday, Sept. 19, 10 a.m.-3:30 p.m. 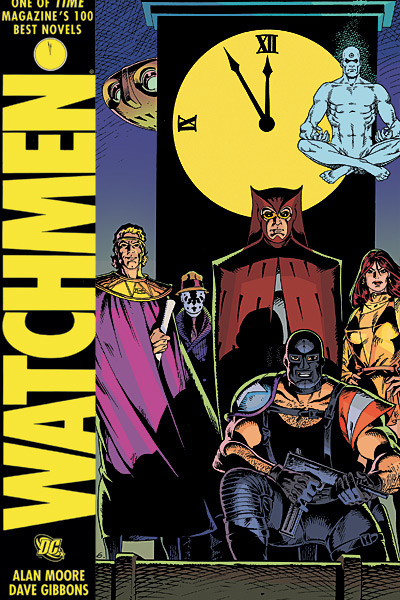