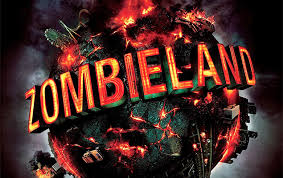 To kick off this zombtastic month, I thought I’d start with my favorite zombie movie, which is Zombieland (2010). Although this film is about zombies, it’s more comical than scary. With a cast consisting of Woody Harrelson, Jesse Eisenberg, Emma Stone, Abigail Breslin and Bill Murry, how can it be anything but funny?

One important aspect of the film is Columbus’ (played by Jesse Eisenberg) List of Rules, which is his survival guide for the zombie apocalypse. For a full list of rules from the film, click here.

As always, I’m providing you with a trailer to the film. Enjoy!

There is also talk of a TV series spin off of the film. Zombieland: The Series (2013) will be produced by Amazon (You heard right!) with a new set of characters, but with the same writers from the original film. For more information on the series, read about it here. Since the series is produced by Amazon, you can only watch it through Amazon Instant, but you can view the pilot for free! You can also vote whether or not you’d like Amazon to pick up Zomebieland for a full season! Hopefully by now, I’ve peaked your interest enough want to view the trailer.