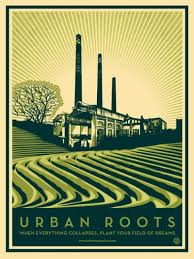 Last month, Forbes took a look at the most miserable cities in America. Would you like to guess what city was considered the most miserable in America? If you guessed Detroit, Michigan, you would be right. In today’s film spotlight, I’m going to highlight a film about a new farming movement going on in Detroit that is doing its part to make the city less miserable.

Urban Roots (2011) is a documentary film about urban farming. Detroit is considered a food desert. What is a food desert you ask? It is a place where fresh food is scarce or hard to find. There are convenience stores and gas stations in Detroit, but not many options for fresh produce, which is another reason why urban farming is so successful in Detroit.

And just so you know, Chicago ranked as the 4th most miserable city in the United States. Economist Arthur Okun developed the original Misery Index (this is a real thing) in the 1960s and we have been using it ever since.

As always, I’m including a trailer below.