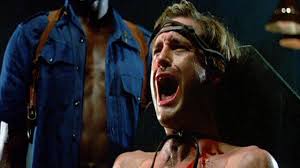 It may interest you film buffs to know that the legendary Wes Craven directed this film. He’s mostly know for directing Nightmare on Elm Street and the Scream films. If you are looking for an early Wes Craven film, you should check this one out.

And if you’re looking for more information about Wes Craven, check out this DVD called The Films of Wes Craven.