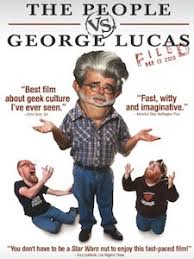 If you haven’t heard the big news, George Lucas recently sold his Star Wars franchise and Lucasfilms to Disney for a cool $4 billion. To learn more about the sell, you can read an article about it here. For someone who wanted total control over his films, this was quite a shock to many fans. And with a future of new Star Wars movies planned for as early as 2015, how will generations of fans react to Disney’s take? To learn more on what to expect from Disney, read here.

The People vs. George Lucas is half documentary, half comedy on George Lucas and the Star Wars franchise. The documentary tries to determine to what extent the film should be seen as a social phenomenon (and thus belonging to the people) versus George Lucas. Although the film takes a close look at George Lucas, he is never interviewed directly. If you are a true Star Wars fan, this film is for you!