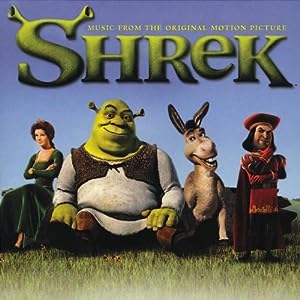 Since Valentine’s Day is coming up, I thought I’d take the time to highlight some films about love. Although Shrek may not have the wooing power you may be looking for, it is so incredibly funny you probably won’t care. Mike Myers, the man behind the voice of Shrek, and Eddie Murphy, his faithful donkey sidekick, do a fantastic voice acting job as the dynamic duo who embark to rescue an ogre princess from a dragon.

Mike Myers is probably best know as Austin Powers and maybe even more famously known from SNL and if you really want to show your age, you probably remember him from Wayne’s World. Eddie Murphy, another notoriously funny guy, is just as well-known for his stand-up as he is for roles in films such as Bowfinger, Dreamgirls, The Nutty Professor, and Dr. Dolittle.

The DVD set contains special features on “the tech of Shrek” and even technical goofs from the film. As always, a trailer is included below.