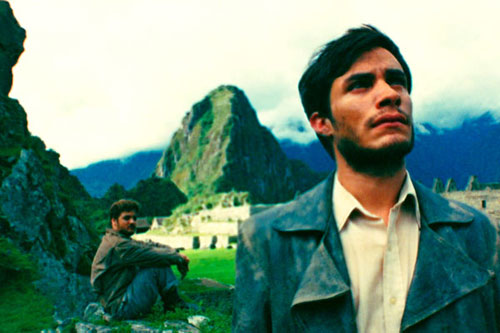 To end our own European Film festival here at the library, I’m ending with the film Motorcycle Diaries (2004). Now I know that those of you who have seen or know of the film might protest about how it’s not even European. Although the film may be about Che and his journey through Latin America, the film was produced with the help of many countries a few (Germany, UK, and France to be more specific) coming from Europe. So ha! Take that!

For those of you unfamiliar with the film, the story follows Ernesto Guevara, who would later be known as the iconic Marxist revolutionary Che Guevara, and Alberto Granado as they make their way from Buenos Aires, Argentina to Caracas, Venezuela mostly by motorcycle. For a truly inspiring film, I would highly recommend watching Motorcycle Diaries. This film has been known to literally change lives. For more information on Che, check out these books we have in the library!

As always, I’m including a trailer below.