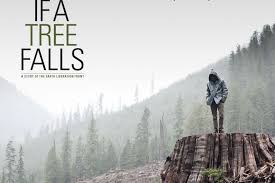 The documentary follows Daniel McGowan, Earth Liberation Front’s (or ELF for short) most radical member, as he is arrested, put on house arrest, and then later sentenced with the possibility of life in prison. Others interviewed for the film include other members of ELF and the prosecutor and detective working on the case.

For more information on the film, please check out their website.

As always, I’m including a trailer for your review.