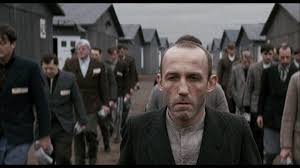 Now that it’s March, it’s time for a new theme! The Gene Siskel Center is holding its 16th Annual European Union Film Festival now through the month of March. What better way to celebrate than to showcase European films that we have here in the library?

If you’re interested in seeing any of the 61 films that the Gene Siskel Center is showcasing, please click here for more information.

Unfortunately, this year’s Oscar winner for Best Foreign Language Film of the Year is not on the list of films that will be showcased at the Gene Siskel Center. Michael Haneke’s film Amour is still in theaters though if you are interested in seeing it. 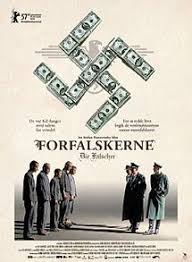 To start off our European film month, I’m bringing you a German film called Die Fälscher or The Counterfeiters (2007) in English. This film won an Academy Award for Best Foreign Language Film of the Year in 2007 and is an adaptation of Adolf Burger’s memoir Des Teufels Werkstatt (1985) or The Devil’s Workshop. The film takes us back to World War II and centers around Salomon Sorowitsch, an expert counterfeiter. Sorowitsch is caught and placed in Sachsenhausen concentration camp to print counterfeit Bank of England notes. The Counterfeiters deals with  Sorowitsch’s moral dilemma of helping to bankroll the Nazis. By the time the war ended, the Nazis had printed more than £130 million in counterfeit money.

As always, a trailer of the film is included below.