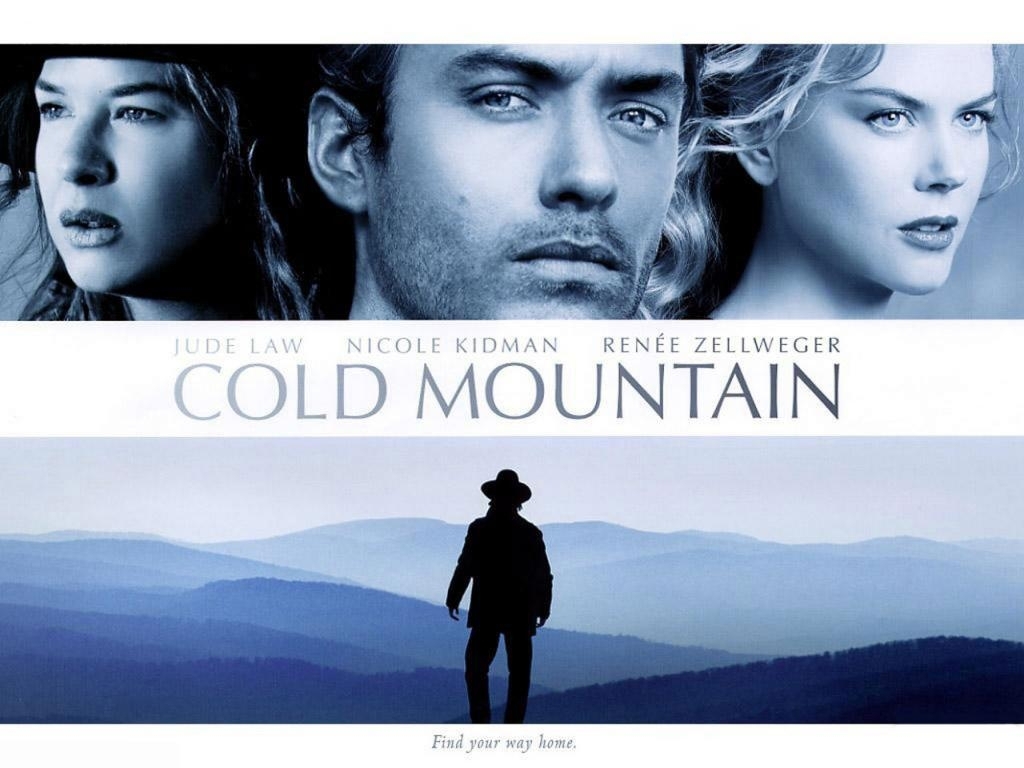 This last film concludes our film adaptation series. Cold Mountain (1997) by Charles Frazier is a Civil War love story about an army deserter named Inman and his prewar love interest Ada Monroe. The book chronicles both of their lives as Inman struggles to make it back to Ada through cold weather, starvation, and Home Guards sent to look for deserters. For more information about American wars in film, take a look at Why We Fought : America’s Wars in Film and History (2008), which we have downstairs.

The film adaptation, also named Cold Mountain (2003), stays very true to the book, and was made not long after the book was published. Cold Mountain has quite the cast, which includes (but isn’t limited to) big names like Jude Law, Nicole Kidman, Renee Zellwiger, Philip Seymour Hoffman, and Natalie Portman.

Both the book and film won major awards. Charles Frazier’s book won the National Book Award in 1997 when it was first published. Although the film was nominated for Best Actor in a Leading Role, Best Cinematography, Best Film Editing, Best Music, Original Score, Best Music, it only won for Best Actress in a Supporting Role, which went to Renee Zellwiger.

As always, I’m including a trailer of the film below.