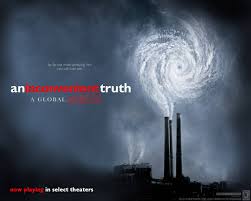 In our collection, we have a few books on An Inconvenient Truth also written by Al Gore, which I have included below.

In addition to these books, we also have plenty on books on the topic of global warming.

For more information on climate change and the film, take a look at their website. Here are just a few things that have happened since the film’s release (from their website):

A trailer of the film is included below.