Last year, the Museum of Modern Art hosted an exhibition that explored the 20th-century intersections of children and modern design, from toys, games, and furniture to school architecture, urban planning, and political propaganda. 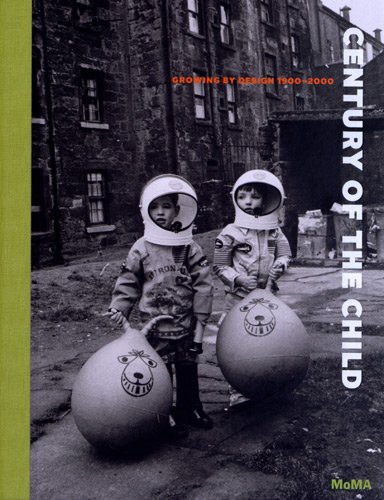 Century of the Child: Growing by Design, 1900-2000 has since closed, but you can find the companion book of the same name by Juliet Kinchin and Aidan O’Connor in the library’s collection here.

It’s filled with over 400 illustrations of toys, posters, books, clothing, etc., along with 65 short essays that delve into the “utopian dreams” and “dark realities” that informed modern design for children. Here are just a few of the essays you’ll find inside:

For more about the exhibit, check out the beautifully-designed interactive exhibit website and this YouTube video of artist Petr Nikl discussing some of the toys that his mother, designer Libuše Niklová, created.