In 1922 Anna May Wong starred in an early color film, “Toll of the Sea.” The film’s plot is a variation on the opera “Madame Butterfly.” A sailor returns to reclaim his son with a new bride.The library has this and five other films of the actress in our circulating collection.

is one of the most acclaimed operas of the 21st Century. Now onstage at Chicago’s Lyric Opera in a new production, the cast includes mezzo-soprano Susan Graham who originated the lead role in the 2000 premiere production.

The library collection contains the source of the story, Sister Helen Prejean’s 1993 memoir of the same title and Tim Robbins’ film adaptation from 1995.

No one had to ask Alice Guy that question. She just was. In 1896 she made her first film and what is debated by film historians to be the first narrative film ever. Take a look at surviving footage of the 1900 remake:

No, your eyes don’t deceive you, those are babies being born in a cabbage patch. And how ’bout the size of those cabbages?

Alice Guy (click on her name for a summary of her career) became a known director in her native France. In 1907 she married coworker Herbert Blache and simply added his name on to hers. Not even a hyphen. The two transferred to the United States where she continued to make films.

Examples of her work are featured in two DVD sets in the library collection. [Click here to view.]

Last year saw the release of a documentary about Alice Guy Blache which is available through the library’s streaming service. [Click here]

A trailer for the documentary can be viewed here first.

And why do they appear so grim about it?

For another ‘faked’ Chinese wedding, check out award-winning director Ang Lee’s first feature film The Wedding Banquet (1993) from our collection.

And if these don’t sate your appetite for Chinese weddings, consider viewing, listening or reading the wildly popular Crazy Rich Asians available in our collection in DVD, eAudio and eBook formats.

One of the most important international prizes, the Nobel Peace Prize, has been awarded to 17-year old Malala Yousafzai for her courage and resiliency. She is the youngest recipient ever in the Nobel Award’s history. The Nobel Prizes have been awarded since 1901. Click here to read the committee’s public statement about the 2014 award.

Watch ABC’s 20/20 profile on Ms. Yousafzai anytime/anywhere through the library’s steaming video service, then read her inspiring memoir, “I am Malala…” in the library’s collection.

India-born Mira Nair scores a 1991 hit movie with Mississippi Masala becoming the first Asian woman to do so in the states.  See also: The Perez Family (1995) and Kama Sutra: A Tale of Love (1996).  Ang Lee begins his successful directing career with the comedies  The Wedding Banquet (1993) and Eat Drink Man Woman (1994). Chinese-American documentary filmmaker Arthur Dong creates films that look at the experiences of his ethnic heritage and those of his fellow lesbian and gay men including Coming Out Under Fire (1994),  Licensed to Kill (1997) and Family Fundamentals (2002). Deepa Mehta challenges gender roles internationally with her “elements” trilogy set in India:  Fire (1996), 1947 Earth (1998), and Water (2005). Despite the early success of Anna May Wong and Sessue Hayakawa in silent film  [See http://ext.morainevalley.edu/librarynews/?p=1982],  few significant roles were created for Asian performers and often large roles went to heavily made up non-Asian performers. This practice came to be known as ‘yellowface.’ Examples of this in the collection include:

Films in the collection featuring Asian portrayals or performances include:

In the late 1950’s Hollywood takes a greater interest in Asian portrayals and three stars emerge: Miyoshi Umeki, Nancy Kwan and James Shigeta. All three combine their talents in the film version of Rodgers and Hammerstein’s musical Flower Drum Song (1961).
Miyoshi Umeki is the first Asian performer to win an Academy Award in 1958. 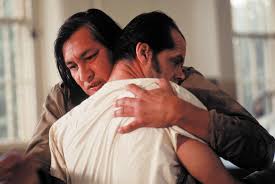 1975’s One Flew Over the Cuckoo’s Nest is a landmark in American film as Native-born actor Will Sampson was cast in a significant role as a Native American. His success in film and television marks a turning point for Native and First Nations performers.

Director Michael Apted’s Incident at Oglala [documentary] and Thunderheart [feature film] (both 1992) question the conviction of Native American leader Leonard Peltier for the murder of two FBI agents near Oglala, SD in 1975. 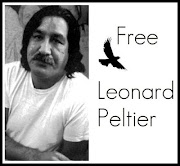 Films written, produced and directed by Native Americans begin to appear in 1998 including Naturally Native, Smoke Signals (both 1998) and The Business of Fancydancing (2002).

Other films in the collection include:

Books on Native Americans in film:

The young Mickey Rooney’s answer to all problems was,

The library collection contains 4 of what MGM deemed his “Backyard Musicals”:

Then travel through time and space to the New York High School for the Performing Arts with 1980’s Fame and reset the Way-back Machine to 2003 and enjoy Camp.

Sing out, but sing loud!

Consider celebrating National Poetry Month by reading a poem a day! (Click on titles for location and availability)

The library has many poetry anthologies including:

180 more : extraordinary poems for every day / selected and with an introduction by Billy Collins
The Best American Poetry annual allows an accomplished poet to to review and anthologize published poems of the previous year.

The Yale Series of Younger Poets features an established poet choosing from collections of poems submitted by poets new in their careers.

Poetry volumes recently added to the collection include:

The power of the word/ with Bill Moyers